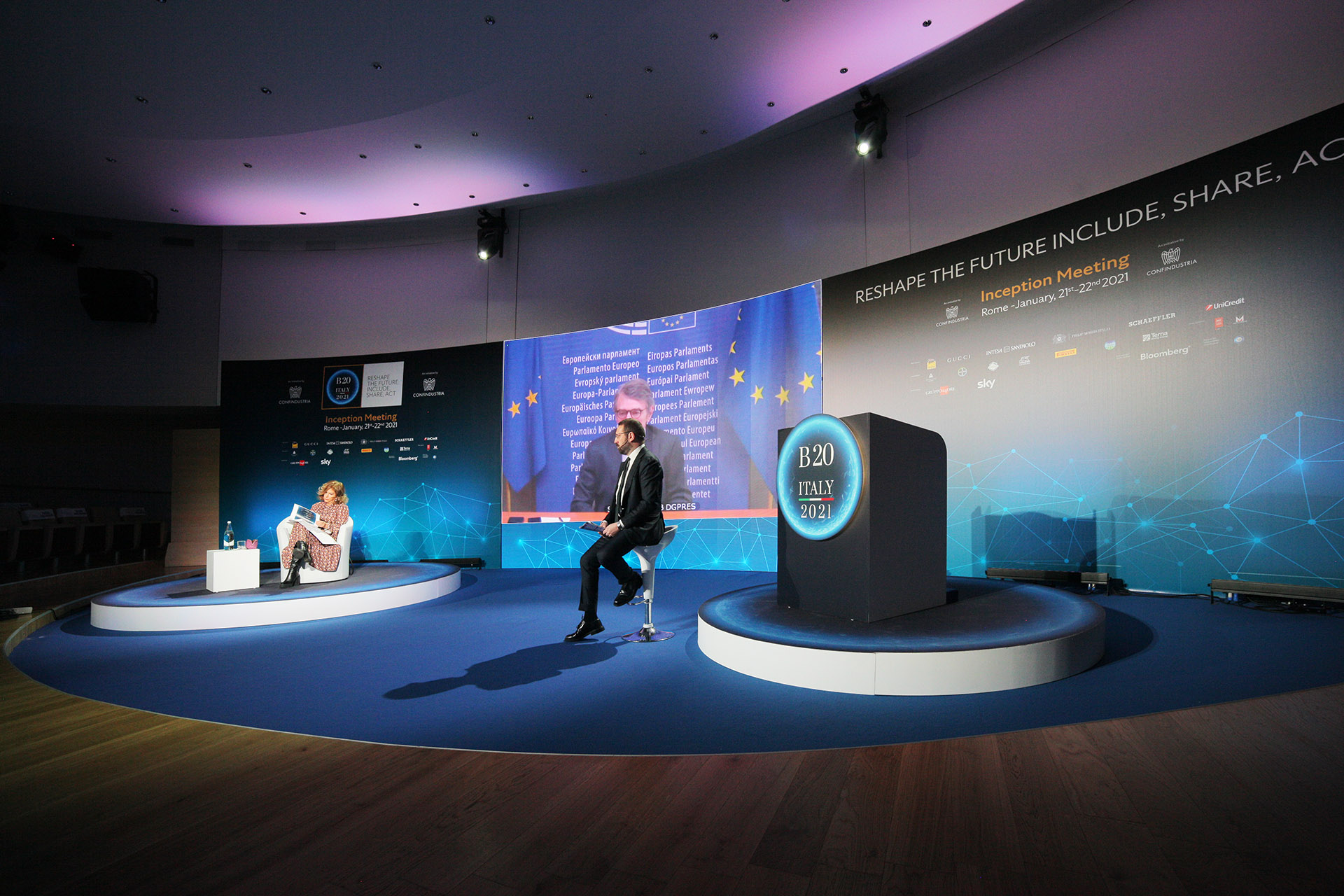 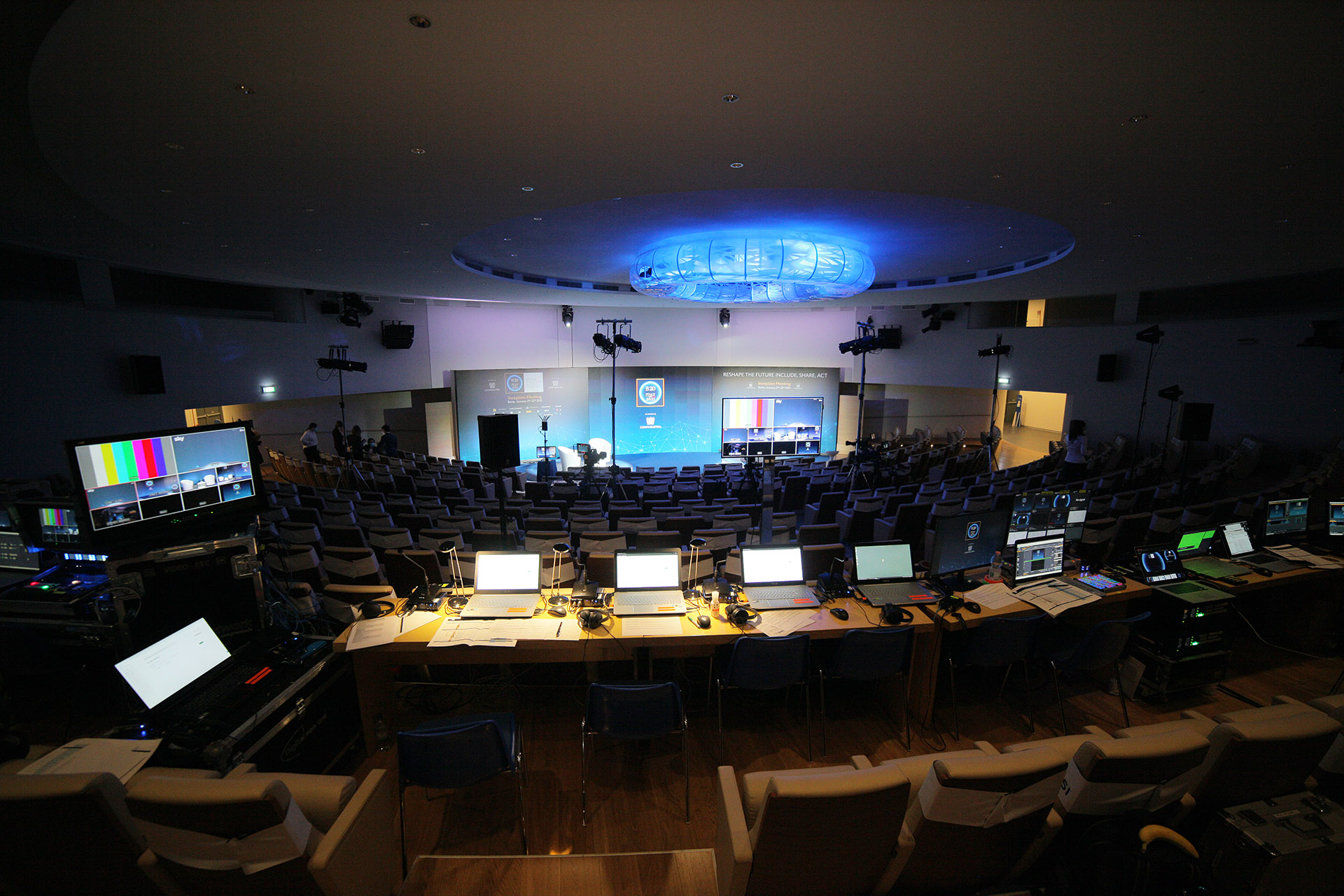 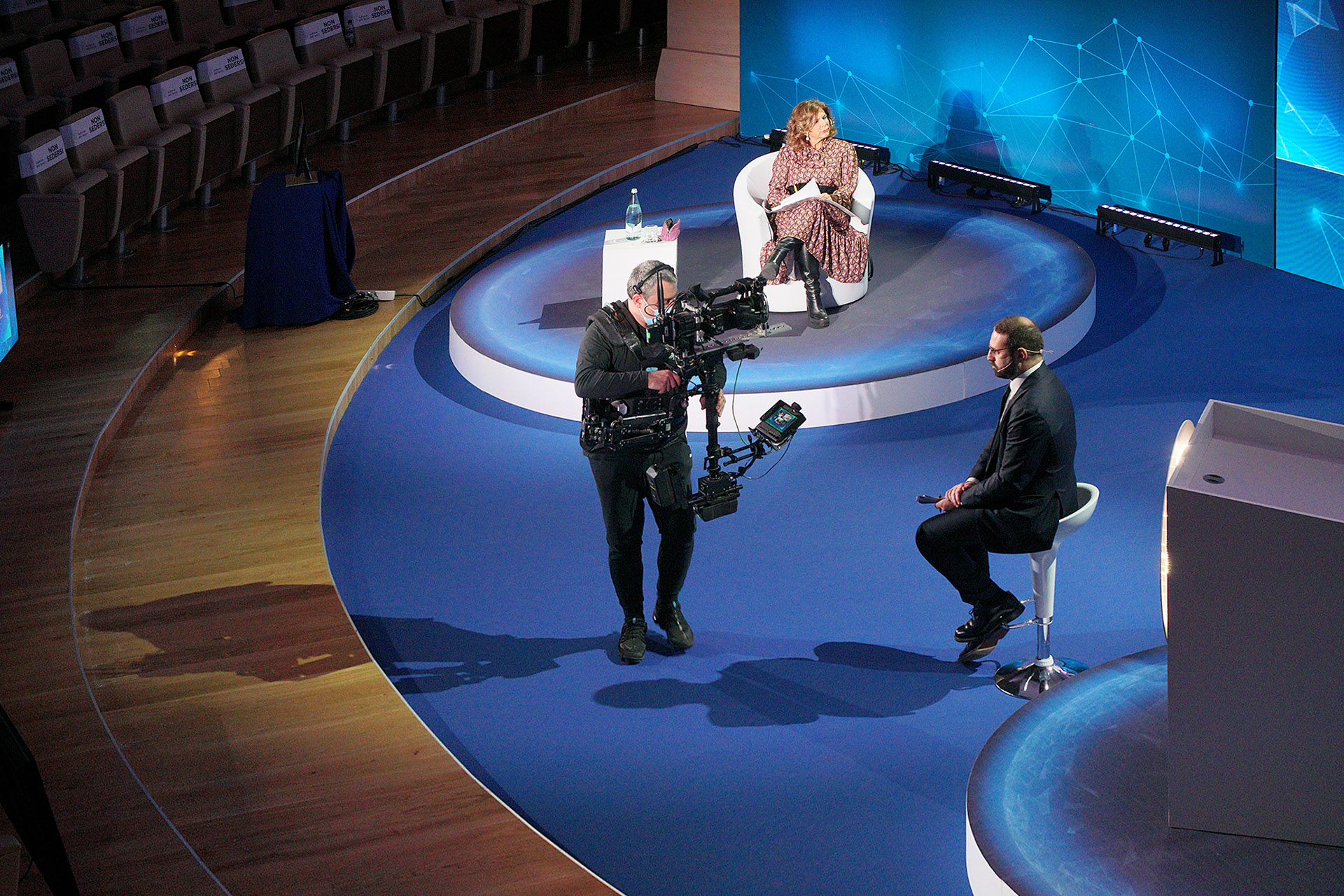 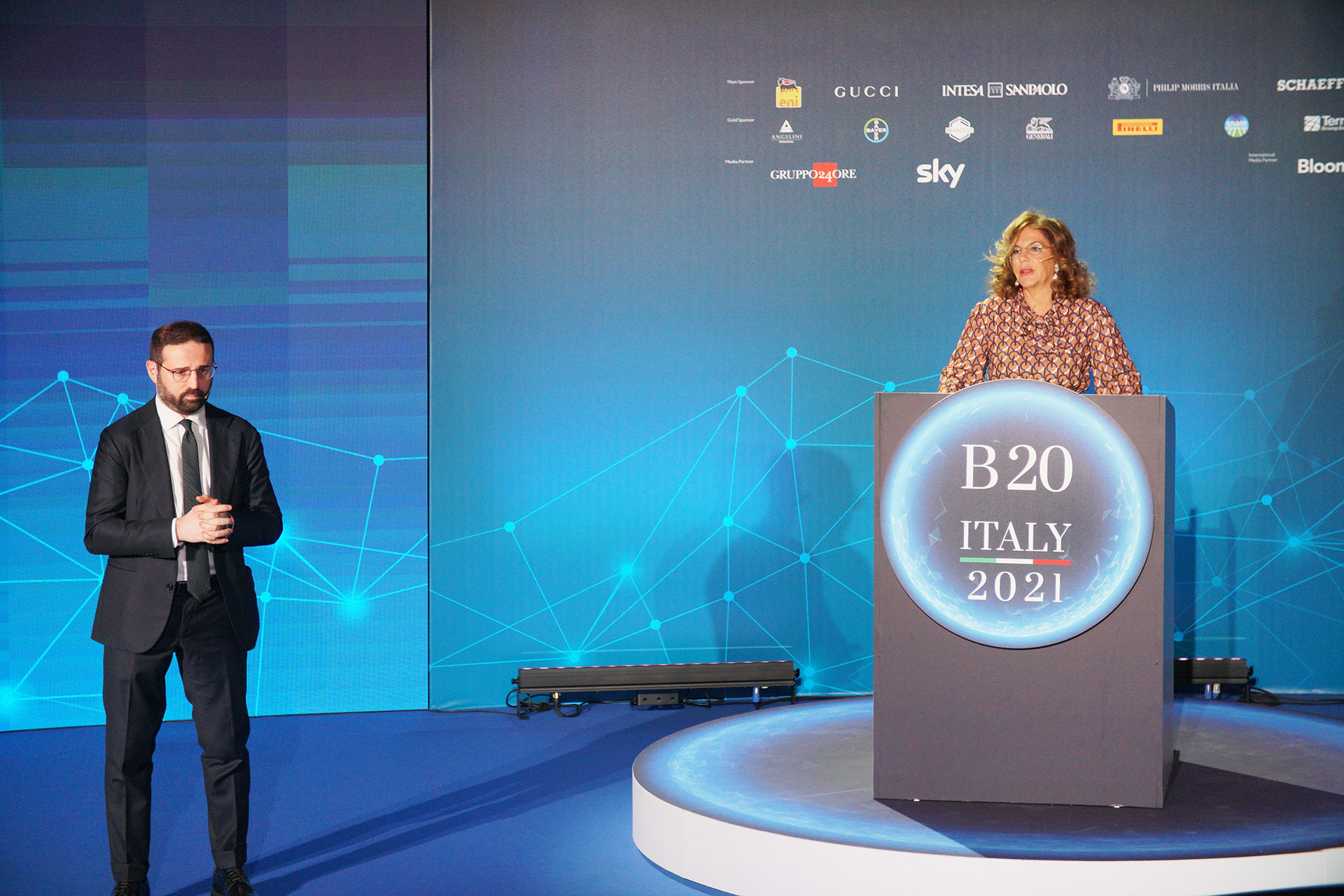 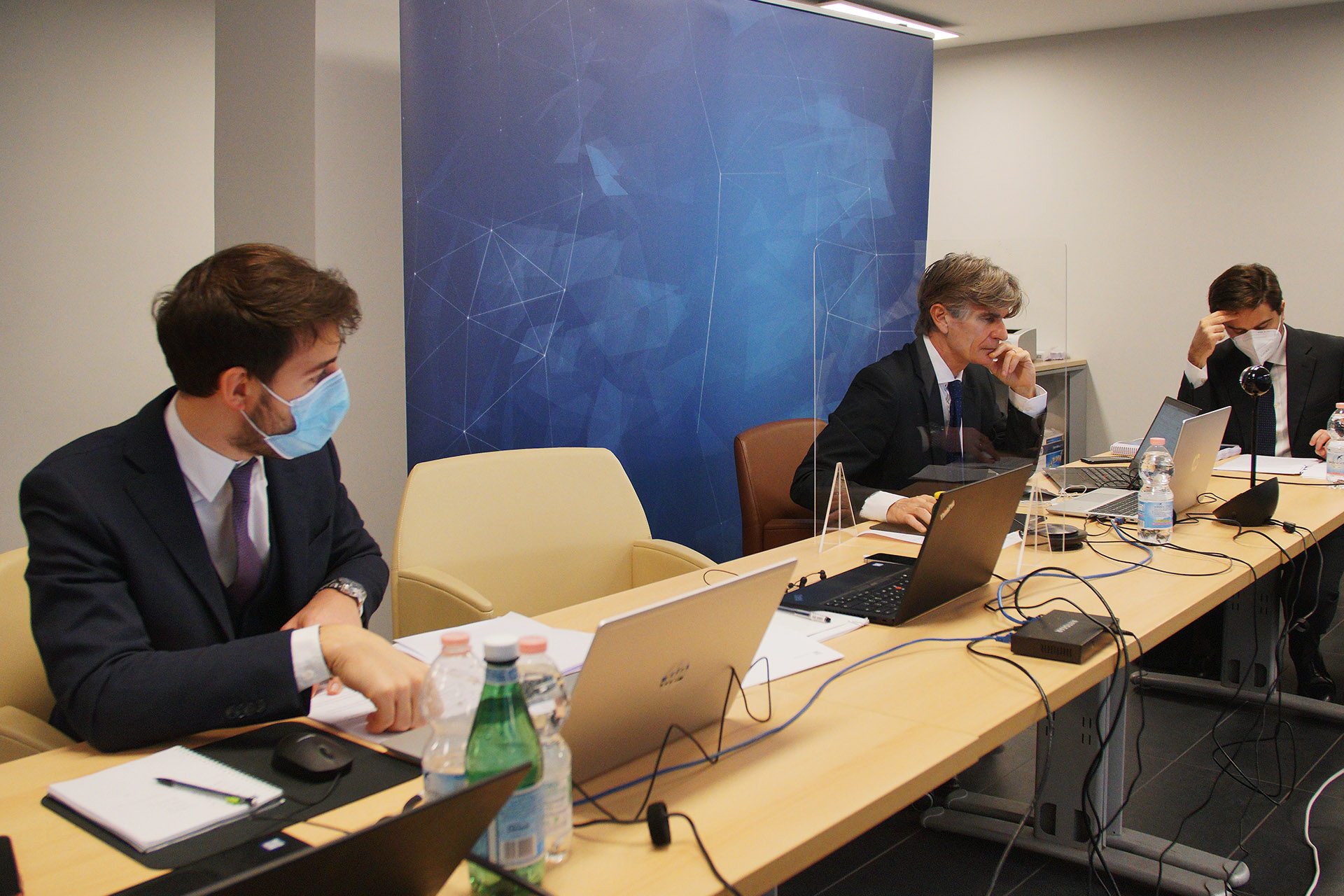 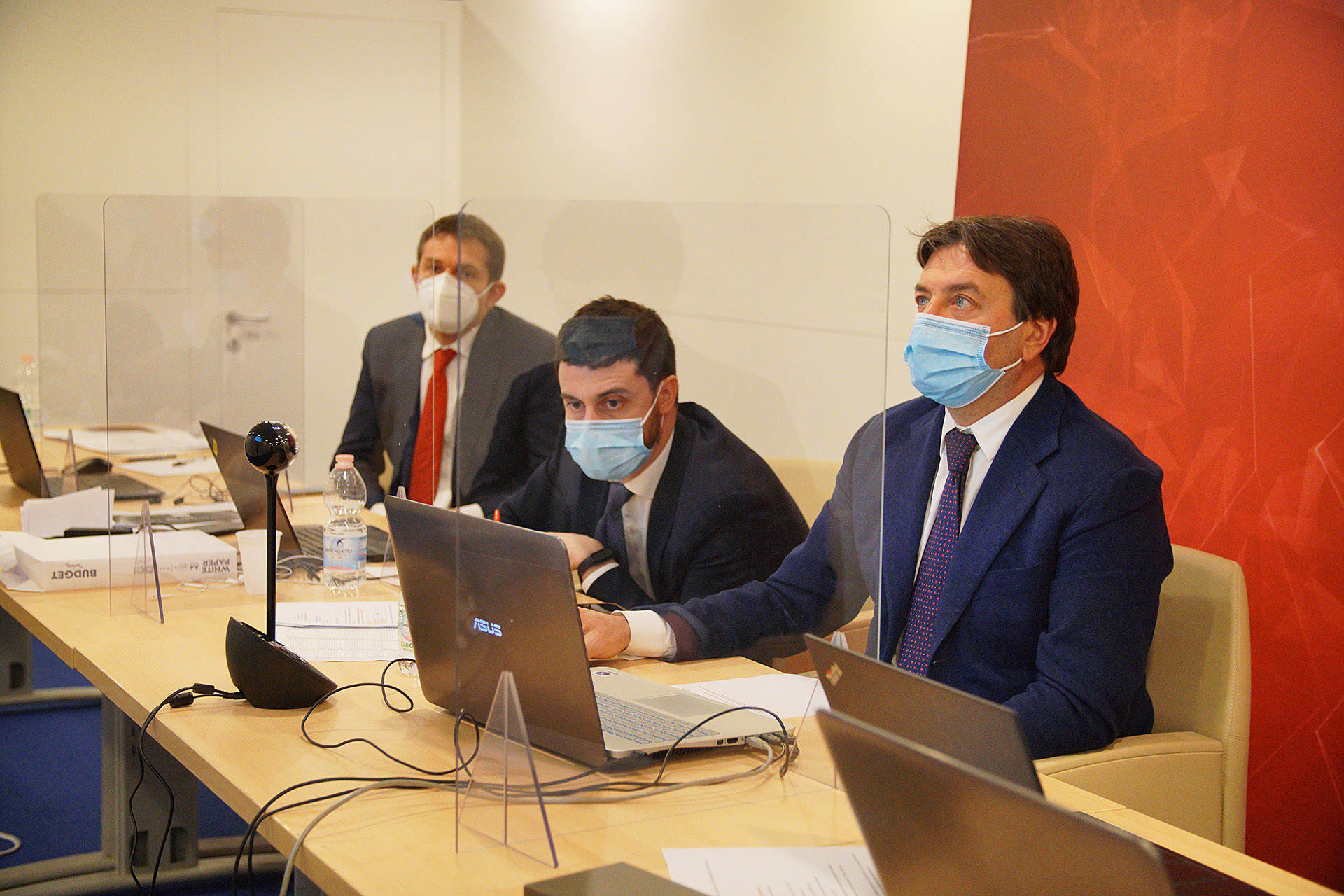 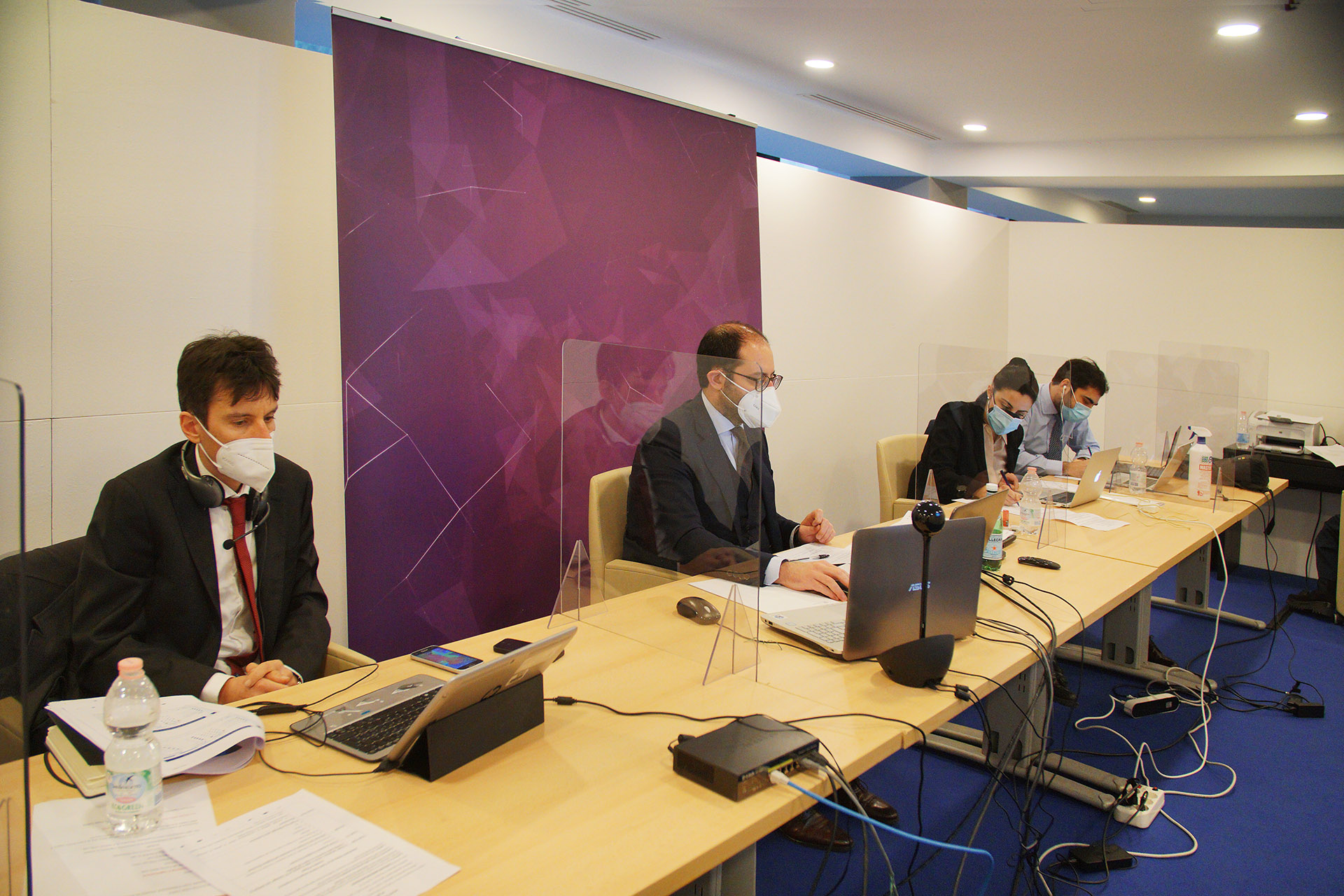 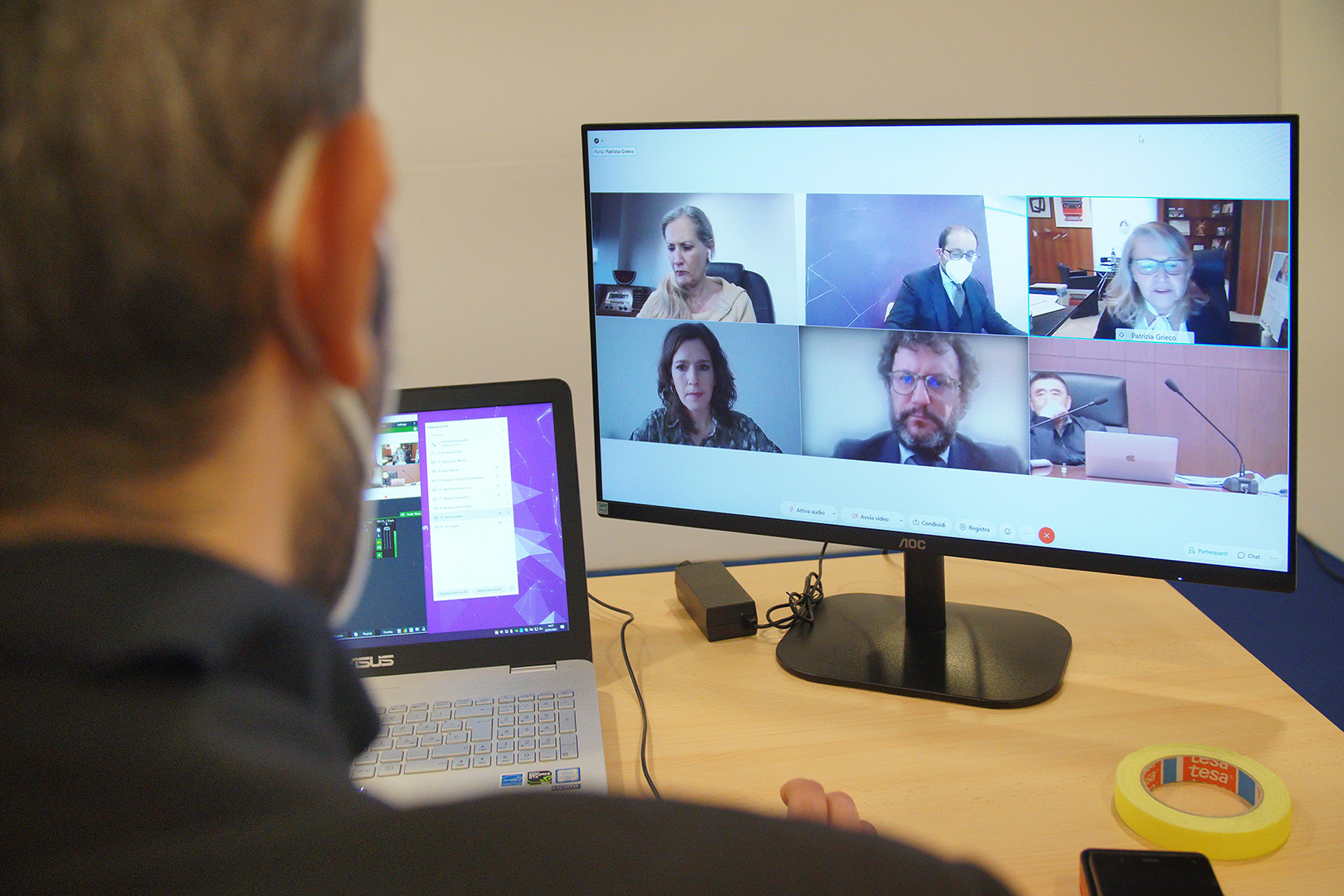 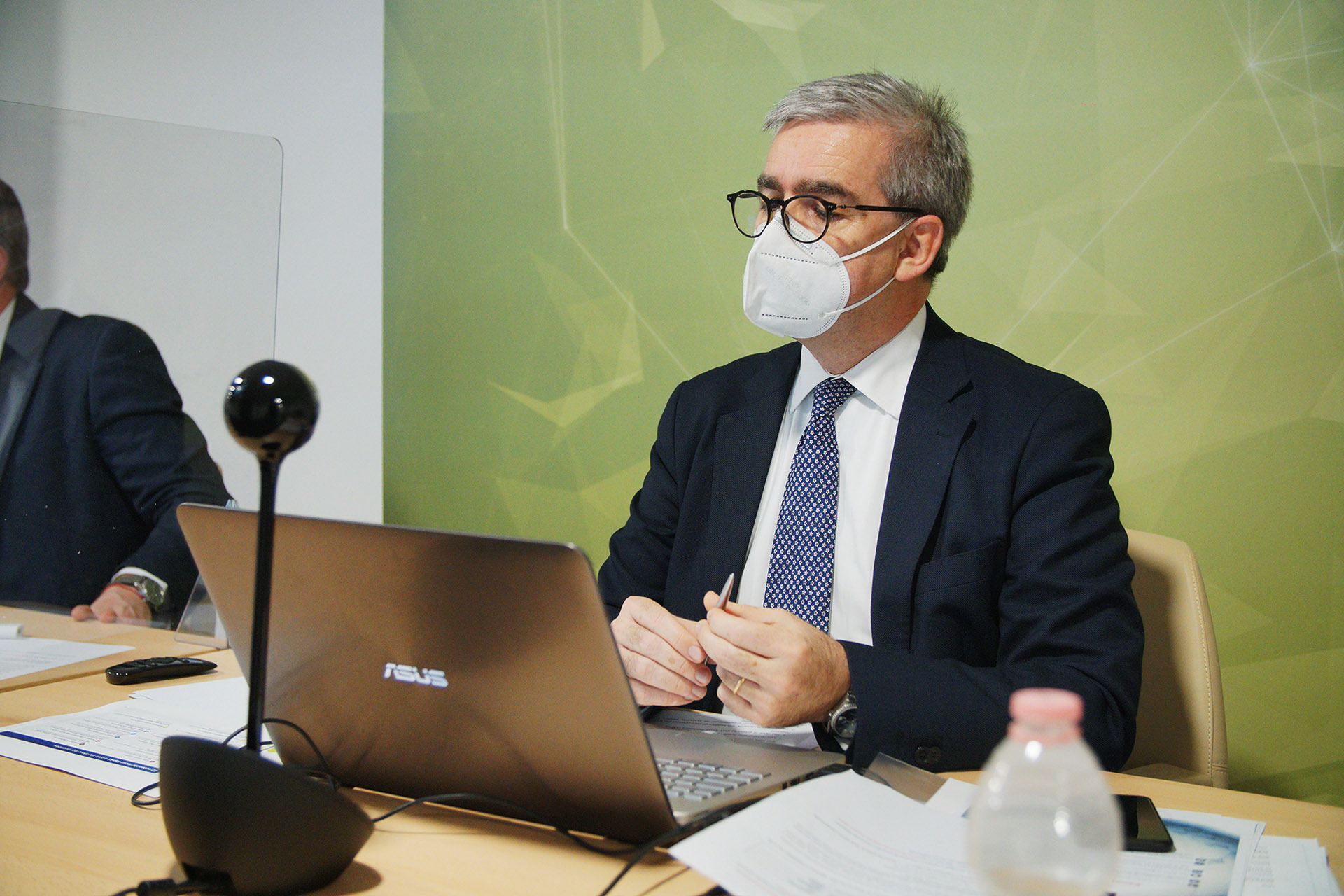 Studeo Group designed and built for Confindustria the first “phygital” edition of the B20 event which, in 2021, was awarded to Italy.

Studeo Group oversaw the preparation and direction of the physical opening and closing B20 event at the Auditorium della Tecnica in the Confindustria headquarters, remotely connecting thirty speakers of international calibre over the two-day event. The event was broadcast live in streaming on Sky, Bloomberg, Sole24ore, in addition to the web and social channels of Confindustria.

Studeo Group managed the videocalls of the eight contemporary task forces in which the main Italian chairs, with an international audience from over twenty countries around the world, discussed the eight main themes of the B20.

During the year 2021 Studeo Group organised and managed more than one hundred digital events for Confindustria as part of the B20: 4000 people, including the most influential personalities of the international economic and political world, connected from all over the world, including China.

This website uses cookies to improve your experience while you navigate through the website. Out of these cookies, the cookies that are categorized as necessary are stored on your browser as they are essential for the working of basic functionalities of the website. We also use third-party cookies that help us analyze and understand how you use this website. These cookies will be stored in your browser only with your consent. You also have the option to opt-out of these cookies. But opting out of some of these cookies may have an effect on your browsing experience.
Necessary Always Enabled
Necessary cookies are absolutely essential for the website to function properly. This category only includes cookies that ensures basic functionalities and security features of the website. These cookies do not store any personal information.
Non-necessary
Any cookies that may not be particularly necessary for the website to function and is used specifically to collect user personal data via analytics, ads, other embedded contents are termed as non-necessary cookies. It is mandatory to procure user consent prior to running these cookies on your website.
SAVE & ACCEPT